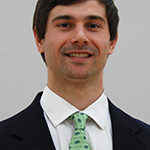 Coach Godino comes from a historic winning streak in New Jersey boys lacrosse.  Playing four years of varsity lacrosse at Summit High School he contributed to back to back TOC State Championships in 2009 & 2010.  Those teams also helped add to the state record wining-streak of 68.  Marcel then went on to play Division I lacrosse at Manhattan College where he became a four year starting midfielder, 3x captain, and finished as the team’s MVP as a senior.  Upon graduation he jumped into collegiate coaching making stints at several Division III programs in NYS.  Currently, he is the Offensive Coordinator at Union College, who finished in the USILA Coaches Polls Top 10 two years in a row.