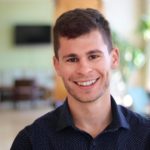 Peter Gryga started his coaching career in 2013 as an assistant coach for Queensbury High School Varsity Lacrosse through 2015. After college, Gryga accepted his first head coaching position for South Glens Falls High School JV during the 2017-2018 season. After a successful season with South Glens Falls, he accepted the head coaching position at SUNY Adirondack and agreed to start the first ever Men’s NJCAA Lacrosse program there.

Gryga graduated from Queensbury High School in 2012 where he played midfield and led his team to a Section 2, Class B championship his senior year. He was also awarded first team all-section for face-offs. He then attended and played at SUNY Plattsburgh during the 2012-2013 season. Gryga then returned home to SUNY Adirondack and started a club lacrosse team there. After graduating with an associates of science in mathematics, Gryga attended and played at SUNY Oswego for the 2015-2016 season where he played midfield and faced-off. He earned his bachelor of science in marketing with an accounting minor.